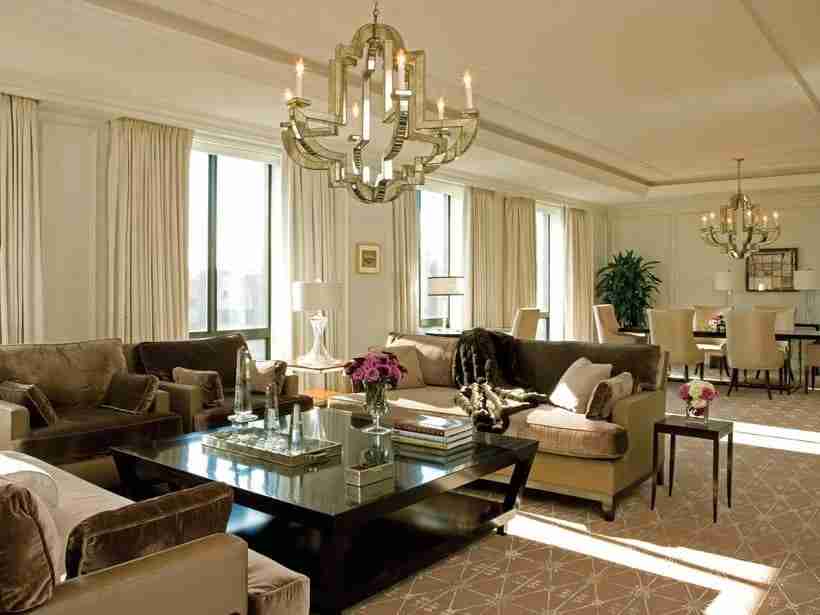 Washington, D.C. has never had a shortage of excellent hotels, jam-packed with history. The walls are practically teeming with rich stories at the likes of the Hay-Adams, Willard InterContinental, and the Watergate (yes, that Watergate). But for years, properties like these, with their plush furnishings and high-profile guests, were the only game in town. Not so anymore. Now, thanks to some pioneering boutique hotels and hip, design-forward additions, D.C.’s hotel scene is more befitting a national capital, with a diversity that echoes the city itself. So without further delay, here are the very best Washington DC hotels.

RCA 2018
After getting a $13 million renovation in 2016, the Four Seasons is one of the best Washington DC hotels. Guests are welcomed into a contemporary hotel with an astounding art collection (more than 1,500 pieces to rival even the nearby National Portrait Gallery and warm, but modern, lobby filled with fresh flowers. The Four Seasons may not sit squarely in the center of the political gristmill—it’s in Georgetown, about a 10-minute drive from that big white mansion—but it has plenty of perks to compensate. Pierre-Yves Rochon designed the spaces—the decorator’s deft hand has left its imprint on everything from the stately guest rooms in the East Wing to the grand lobby and library. Fitness buffs should consider it a destination. The three-story fitness center, equipped with a saltwater lap pool, is a huge draw. The Hay-Adams$$$
RCA 2019
From the moment you’re greeted by Hay-Adams’ stately exterior, you know you’re somewhere special. The wood-paneled lobby reveres the hotel’s historic past without feeling stuffy. It’s all elegant here, seamlessly blending Italian Renaissance–style design with Corinthian, Doric, and Ionic columns, walnut wainscoting, and ceiling treatments with Elizabethan, Italian, and Tudor motifs. Church View Deluxe rooms are comfy without being overdone. There’s a bit of toile and chintz, but nothing that feels like grandma’s house. Think black-and-white framed art, fresh white linens, and chic striped wallpaper. Suites come with some epic views of the White House from the private balconies. Even for a short stay don’t miss Off The Record, a historic bar in the hotel’s basement. A proper cocktail bar, it feels frozen in time, which only adds to the ambience you’re likely to feel when you’re mere steps from the White House. Mandarin Oriental, Washington D.C.$$$
RCA 2018
Tucked into a cul de sac near the Tidal Basin, the Mandarin Oriental feels more remote than it is—the Mall is only a couple long blocks north, and the newly renovated Wharf, busting out with all sorts of shops and restaurants, is pretty much a stone’s throw. The Mandarin’s grand rotunda entrance, styled after the work of John Russell Pope (a.k.a. the Jefferson Memorial’s architect) and hung with sleek Thai silks, sets the overall tone: an elegant, East-meets-West vibe, in tune with its surroundings. During the week, the hotel caters to a business crowd—but come the weekend, the suits file out, and it’s mostly smartly dressed families and other leisure travelers. Take advantage of Mandarin Oriental’s spa pedigree, and hit the hotel’s 50-foot indoor pool, amethyst steam room, and—yes—the ice fountain. The Jefferson$$$
RCA 2019
It is said that Thomas Jefferson’s time in France left him with an abiding appreciation for the finer things in life. If so, he would be very happy at The Jefferson, four blocks north of his old White House digs. As one of the best Washington DC Hotels, this elegant, historic hotel is on the smaller side for D.C., with just 99 rooms. It might not be as famous as the Hay-Adams, but it makes for a quiet retreat that still has historic charms—think a library and an old-fashioned dumbwaiter—as well as new creature comforts. History buffs will feel like they’ve stepped back in time, but fans of modern hotels won’t be disappointed, either. This is a stay for grown-ups who prefer traditional to trendy, formal to familiar, and serene to a scene. 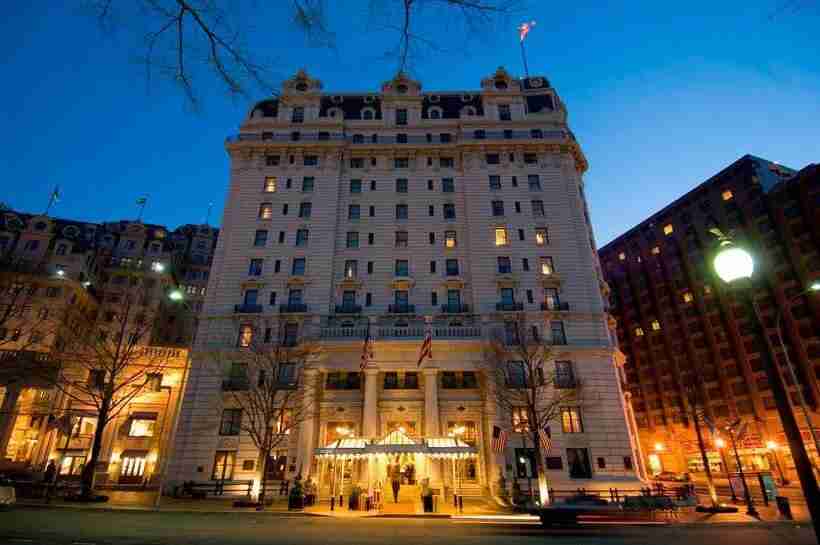 InterContinental The Willard Washington D.C.$$
RCA 2019
Two blocks from the White House and the National Mall, this historic hotel from 1818 unveiled an $18 million restoration in 2018. The rooms, common areas, lobby, and Cafe du Parc all have new offerings (there’s now private dining room overlooking the lobby, like it did many many years ago). The refresh comes right on time: it’s also the hotel’s 200th anniversary. With a new GM and new menus at the historic Round Robin Bar that focus on famous figures who have drank there in the past and cocktails of the Presidents, it’s time to revisit this capital grand dame, and fast. Rosewood Washington, D.C.$$
A newer addition to D.C.’s luxury market, Rosewood opened right on Georgetown’s C&O Canal in 2013 and quickly became one of the hottest places to stay in the city. Unlike competitors Ritz-Carlton and Four Seasons, Rosewood offers a truly intimate feel—there are just 49 rooms and suites and six townhouses—that can’t be replicated. You’re greeted by a personal assistant in the wood- and marble-clad lobby before being escorted to a spacious, elegant room. Rooms have vaguely Art Deco influences, and lots of little luxurious touches: non-alcoholic beverages in the minibar are free, fresh flowers are placed in every room, and luxurious Acqua di Parma toiletries in the dramatic marble baths are a perk. Conrad Washington, DC$$
RCA 2019
Opened in 2019, the hotel is the flagship property for the Conrad brand and Hilton’s first luxury offering in the nation’s capital. The overall ethos of the collection tends towards the unfussy and uncluttered, and this flagship is definitely right in line with that vibe. Interiors firm Rottet Studio has created 360 bright, airy rooms with streamlined, contemporary décor. Suites have extras like low-slung couches and fireplaces, and all rooms have marble bathrooms with double vanities, walk-in showers, and Shanghai Tang bath amenities. As one of the newer spots in town, the Conrad brings a modern sensibility to D.C’s upscale hotel landscape, along with a convenient location, efficient service and destination dining from local favorites Bryan and Michael Voltaggio. Depending on the season, prices can be very reasonable, too. The Watergate Hotel$$
RCA 2019
This D.C. landmark (its name gave birth to the suffix now used on every political scandal since Gerald Ford was president) was vibrantly restored in 2016 and has since become a favorite among everyone, from politicians to vacationers. The luxurious 336-room hotel is in Georgetown, so it’s not exactly next to most of the District’s prime attractions, but don’t let that deter you. The mid-century modern icon still keeps a few relics from its past, namely the staircase in the lobby and the indoor pool, but most interiors are fresh and new with modern flair. Even the staff’s uniforms were designed by Mad Men costume designer and stylist Janie Bryant. Most rooms have balconies, a rarity in D.C. Park Hyatt Washington D.C.$$
GOLD LIST 2018
Freshly renovated in 2017, this West End hotel is a uniquely sophisticated option. While it’s not as close to main tourist attractions as other D.C. stalwarts, it borders some of the city’s other dynamic neighborhoods, like Foggy Bottom and Georgetown. There’s more here though than just a temporary place to lay your head: the Michelin-starred Blue Duck Tavern and its Tea Cellar, serving more than 30 rare teas, have achieved destination status on their own. 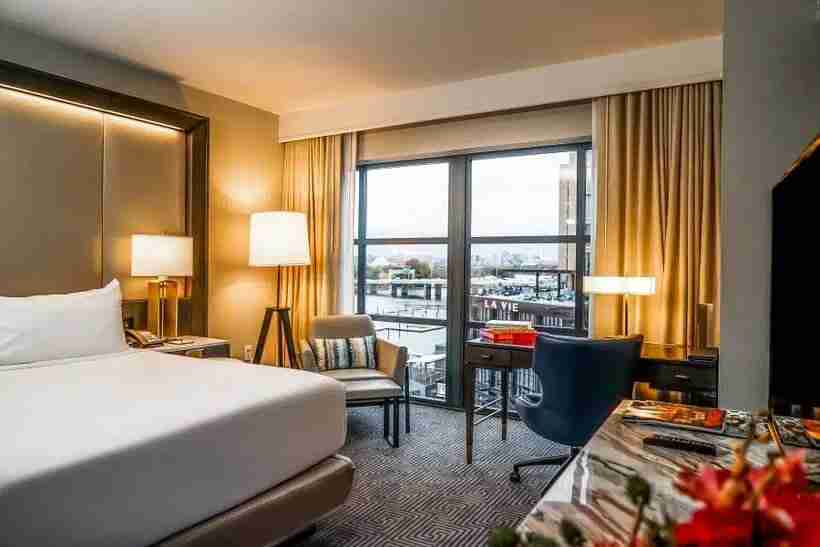 InterContinental Washington D.C. – The Wharf$$
RCA 2019
Part of D.C.’s reimagined Wharf neighborhood, this new jewel in InterContinental’s crown aims to appeal to leisure travelers and D.C. movers and shakers alike. The dramatic tiered lobby is a mix of stone and brass, with warm chocolate-hued seating and modern chandeliers. Rooms are equally warm, with geometric-patterned carpets, modern dark wood furniture, and expansive windows and balconies, many of which overlook the Potomac River. They’re large and spacious, with a modern design and amenities (someone thought out the ample counter space in the bathroom, clean lines, and uncluttered layout). Little touches like orchids in each room, spa-style showerheads, and large executive work desks make rooms sumptuous getaways for harried travelers. Whether you’re here for business or pleasure, you’ll feel the room is well-outfitted for your needs. Enjoy those balconies overlooking the river—it’s a real treat and hard to match in this town. Since its 1926 opening as the Carlton Hotel, the St. Regis—two blocks from the White House—has hosted royalty, business magnates, and presidents, including FDR and Truman. The lobby’s hand-carved wood ceiling has gold leafing and detailing that recall work found more commonly in Italian palazzos. Residential-style guest rooms and suites vary in color palette from warm yellows and golds to rich purple or deep blue; each room has Pratesi linens and wonderful bathrooms with Remède Spa products. A personal butler is available around the clock and will carry a smartphone if you prefer to e-mail him instructions. Adour, an Alain Ducasse restaurant, serves fresh, seasonal French-American cuisine. Located in the historic 329-foot-tall Old Post Office, the Trump Hotel D.C. looms over Pennsylvania Avenue in between the Capitol and the White House and is steps from the Mall and its surrounding museums. The Ritz-Carlton, Washington D.C.
Last, but definitely not least, on our list of best Washington DC hotels is the Ritz Carlton. Like its sister property in Georgetown, this Ritz-Carlton offers no shortage of elegance. And with its enviable location, set in Northwest’s Foggy Bottom area just a few blocks north of George Washington University, these stylish digs draw high-power politicos, celebrities, and international guests alike. Apart from its star clientele, the Ritz boasts a wide array of amenities, including the acclaimed on-site restaurant, Westend Bistro, a vibrant hot spot known for its flavorful American fare. The Ritz also touts unique property features, such as a 10,000-square-foot ballroom and 16,000 square feet of meeting space. But what guests seem to love the most are the spacious rooms here, which all include large Italian marble bathrooms, sumptuous feather beds, 400-thread-count Egyptian cotton linens, and sleek flat-screen TVs. Keep in mind that members of the Marriott Bonvoy program can earn and use points by staying here.

Choose DC ExecuCar to take you to one of the best Washington DC Hotels for your occasion. Book today with our online booking software. 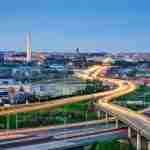 Special Events in the Washington D.C. Area to Wrap Up 2022 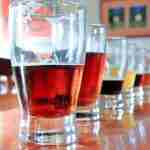 Washington DC has a reputation for its impressive craft beer 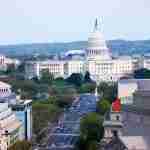 Washington DC is home to hundreds of iconic landmarks and 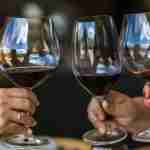 Must Visit Wineries Near DC

Wineries near DC are some of the most elegant locations

Choosing The Perfect Sized Vehicle For Your Executive Transportation Needs

Our Washington DC executive transportation drivers work with you to 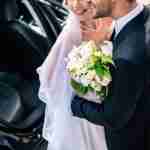 How to Figure Out the Perfect Wedding Limo in DC

There is a very long list of items to address 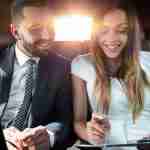 Step Up Your Special Event With a Luxury Group Transportation Service

Add a touch of elegance to any special occasion with 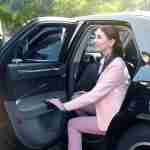 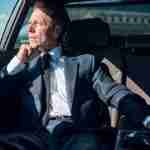 Why You Should Book Airport Transportation

Whether you are new to traveling or you are an 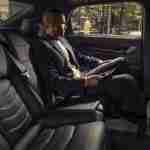 Why You Should Consider Using a Private Car Service or Limo Company?

Some people may think that hiring a private car service

We Want To Hear From You!

Our professional chauffeurs are trained to meet all your Washington DC Car Service needs. We would love the opportunity to work with you.